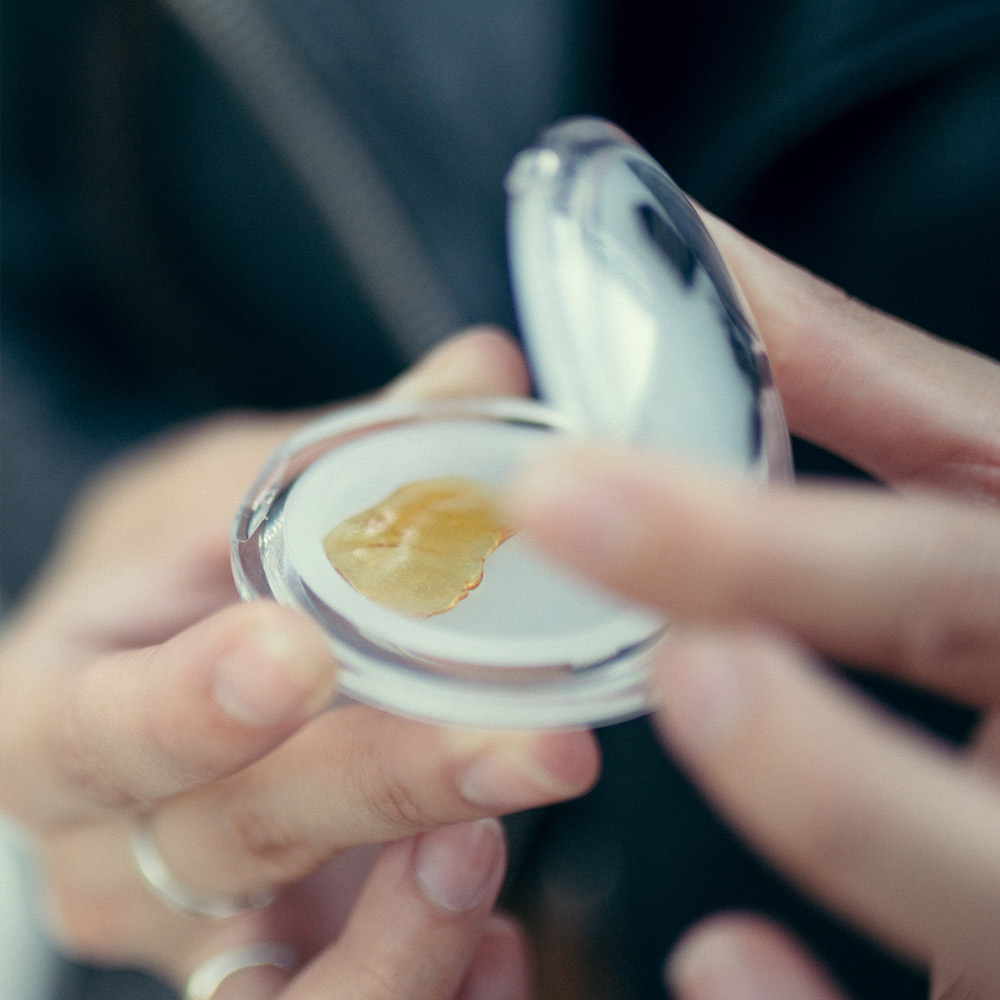 Cannabis concentrates are extracts containing cannabinoids and terpenes without the unpleasant compounds found when burning flower. The result is a highly potent oil of varying consistency that vaporizes efficiently and leaves little to no ash behind.

There are many ways to consume concentrates. Beginners enjoy the convenience of vaporizing a THC cartridge with an e-pen. Wax or shatter can be smoked using the same pipe used to smoke flower. Advanced users enjoy “wax dabs” using a special rig involving a nail and a blowtorch. And just about everybody enjoys the long lasting and powerful effects of smoking “moon rocks,” which are flowers dipped in hash oil and rolled in kief.

WHY USE CONCENTRATES INSTEAD OF FLOWER?

The concentration of active compounds means less can be used to reach the desired effect. This is ideal for users who want relief while minimizing exposure to smoke.

Concentrates can be smoked quickly and in very small amounts from small devices that don’t resemble a typical marijuana pipe or joint. The byproduct that is exhaled has a very mild odor and dissipates quickly.

Short of “wax dabbing,” consuming concentrates can be a very simple task requiring a minimum of equipment. There is little to no ash or mess left behind

The effects of concentrates can be felt almost immediately providing pain relief on-demand. The effects are easily maintained by taking small doses as needed

Cannabis connoisseurs tend to enjoy concentrates because of their high concentration of terpenes (the chemical compounds that give each strain its signature flavor and aroma) and low amount of chlorophyll and other unpleasant compounds.

WHAT ARE DIFFERENT TYPES OF CONCENTRATES?

Concentrates can have various consistencies depending on the method used to extract them. Some are more malleable and easier to dose, others are firm and glasslike in consistency.

More important than the consistency is the strain used. Hybrids, sativa and indicia flowers create oil with effects similar to their source. CBD oil is a concentration of only cannabidiol. This makes it perfect for those who seek some of the healing properties of cannabis without the traditional “high” associated with ingesting THC.

If you want to enjoy all the concentrates Thrive Cannabis Marketplace has to offer, stop into one of our locations in North Las Vegas or Downtown and speak to a budtender. Or feel free to contact us online with any questions about our menu.

Effective. Potent. Pure. A recent development in the industry, the most common extract concentrates are known as oils, waxes, budder and shatter. They increase in potency from oil to shatter with some shatter extractions boasting over 80% THC content.

Hash and hash oils are their more primitive older cousins dating back hundreds or even thousands of years. They vary in purity, consistency, translucency and texture. Some oils are as dark as molasses while others are clearer and look something like sap or honey. Oils can be used in a vaporizer or “smoking pen” though these methods of use are generally regarded as delivering lower dosages of beneficial compounds.

Budder has the look and feel of butter. Shatter is solid and translucent to transparent. One of the benefits of all of these is that fewer non-essential compounds are taken into the lungs and bloodstream as there is less organic material present in the substances to begin with.

As their names suggest, cannabis waxes have a texture ranging from nearly a gel to a firm wax. Also known as dabs, waxes require a special device to heat them to the point of turning to smoke. Using wax with a extract pipe is arguably the most potent form of cannabis ingestion, delivering a higher percentage of THC and beneficial compounds from a single pull than any conventional pipe.