Cannabis or Alcohol: Which One Brings the Fun on the Vegas Strip?

By Dustin IannottiSeptember 19, 2019 No Comments

Every year, around 40 million people visit Vegas. Although so-called “Sin City” has more to offer than just partying, for many visitors, consuming their favorite substances is part of the attraction.

Now that weed is legal, Vegas tourists have a choice: cannabis, alcohol, or cannabis and alcohol at the same time?

However, there’s more to making the decision than you might realize at first glance. Cannabis and alcohol don’t always mix well. And when it comes to deciding between the two, the best choice might surprise you.

When you consume recreational substances, you’re usually doing so under the assumption that you’re causing some harm to your body. After all, hangovers certainly show that your body doesn’t love lots of alcohol.

But are alcohol and weed equally bad for you? And if not, what’s the difference? Let’s break it down by taking a look at how the two substances impact you.

How Does Alcohol Affect You?

When you drink alcohol, it gets metabolized by your liver. But your liver can only handle so much, so fast. So if you drink more than one drink per hour, you’ll typically start to feel the effects of intoxication.

Of course, for a lot of people, the intoxication is the whole point. Alcohol’s effects often feel positive, especially when you first start drinking.

You’ll notice that you feel more relaxed and confident, with lowered inhibitions. Your reaction times gradually slow down as you drink more (that’s one major reason drinking and driving aren’t safe).

As you continue drinking, you’ll also become more clumsy, and you might slur when you talk. Physically, your skin may become red and your pupils might dilate. You’ll probably feel tired as you drink more and more, and your senses will become less clear.

That’s why drinking feels great when you first start but has fewer pleasant effects as you keep drinking more and more. However, because it has the power to lower your inhibitions and reduce your good judgment, it becomes harder to recognize that it’s wise to stop after a certain point.

The day after you drink, you’ll suffer the consequences of the alcohol even more. A hangover is mostly caused by serious dehydration.

However, alcohol also comes with more serious effects than poor judgment calls and hangovers. Drinking too much in one night can lead to alcohol poisoning or even death. And drinking lots over a long period of time can have negative long-term effects, causing liver damage, cancer, and more.

How Does Weed Affect You? 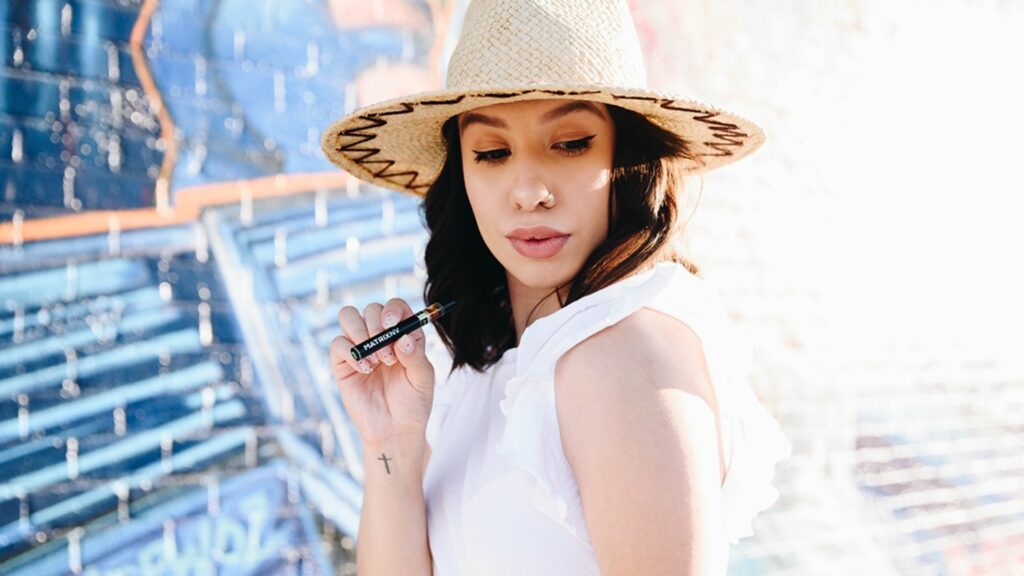 Now, let’s take a look at how weed compares.

Like alcohol, the effects of weed grow as you consume more of it. However, the amount of time it takes for you to process cannabis isn’t as easy to measure as with alcohol. It depends on how much you take, and the form you take it in.

That’s why it’s usually advised to start with a small dose and see how you feel before consuming more.

However, it’s pretty easy to limit how much weed you consume, as long as you start with a small dose. Although it might slow your reaction time and impair your judgment, it won’t lower your inhibitions as alcohol does. Once you feel high enough, you can easily decide not to consume more.

As you get higher, you’ll often find that you have difficulty with your memory (like with alcohol). You may also feel less depressed or less anxious than you did before. However, some people respond to THC with more anxiety, rather than less, so it all depends on the strain.

Since some strains have more THC, while others have more CBD and other compounds, the effects of weed can vary depending on what you smoke. THC gives you the “high” feeling, and CBD can offer relief from pain, anxiety, and other issues. It’s less clear what the other compounds in marijuana do.

Getting high can actually increase your sensory perception, while alcohol decreases it. It also stimulates appetite and can help reduce nausea.

One of the best things about using cannabis is that even when you smoke a lot, there’s no hangover. At worst, you might feel a bit more drowsy than usual the next day. But if you consume moderate amounts, you’ll feel nothing at all the day after.

Weed also doesn’t have the same short- and long-term risks that alcohol does. No one has ever overdosed and died from weed. And in the long term, marijuana use isn’t associated with any troubling health effects.

The primary risk of smoking marijuana often is that smoking isn’t great for your lungs (although weed is better than tobacco). However, you can also use cannabis without smoking it.

Mixing Weed with Alcohol: What You Need to Know

As you can see, cannabis is the clear winner when it comes to treating your body well. But what about mixing the two together?

Typically, when you use both alcohol and weed, the effects of both will be enhanced. There’s no rule that says you can’t mix the two, but you should be careful because the effects will be stronger.

If you want to use alcohol and weed at the same time, start slow, such as with a small drink and a low-THC strain. Give yourself time to feel the full effects before you keep drinking or smoking.

And, if you want to play it safe (and avoid alcohol), just stick to cannabis solo.

Making Cannabis and Alcohol Part of Your Vegas Trip

You don’t have to have a Vegas trip with cannabis and alcohol—but for many people, the “vices” are part of the fun. We encourage you to get high and enjoy yourself. Just remember that if alcohol is in the mix, you need to treat it with more caution than weed alone.

Looking for the cannabis products to help you get the buzz you want? Thrive Nevada can help — learn more about ordering from our North Las Vegas dispensary and Downtown dispensary here.

Bake and Bake: How to Bake Pot Brownies

Bake and Bake: How to Bake Pot Brownies