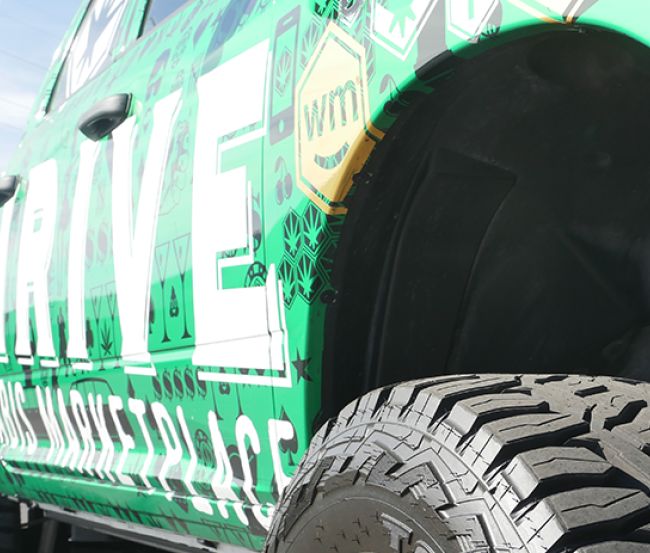 Check Out This Video to See Us in Action

Visit THRIVE Nevada and head to our menu page for the THRIVE North location.

Step 2: Select Your Favorite Items From Our Menu

Choose your favorite flower, concentrate, edible, etc that you would like delivered.

Place your order from our THRIVE North location
-OR-
Place an order from either location for pre-order and pickup!
The THRIVE team will prepare your order for pickup or delivery.

Customers can track and contact the delivery agent via phone or text anytime during the course of the transaction. 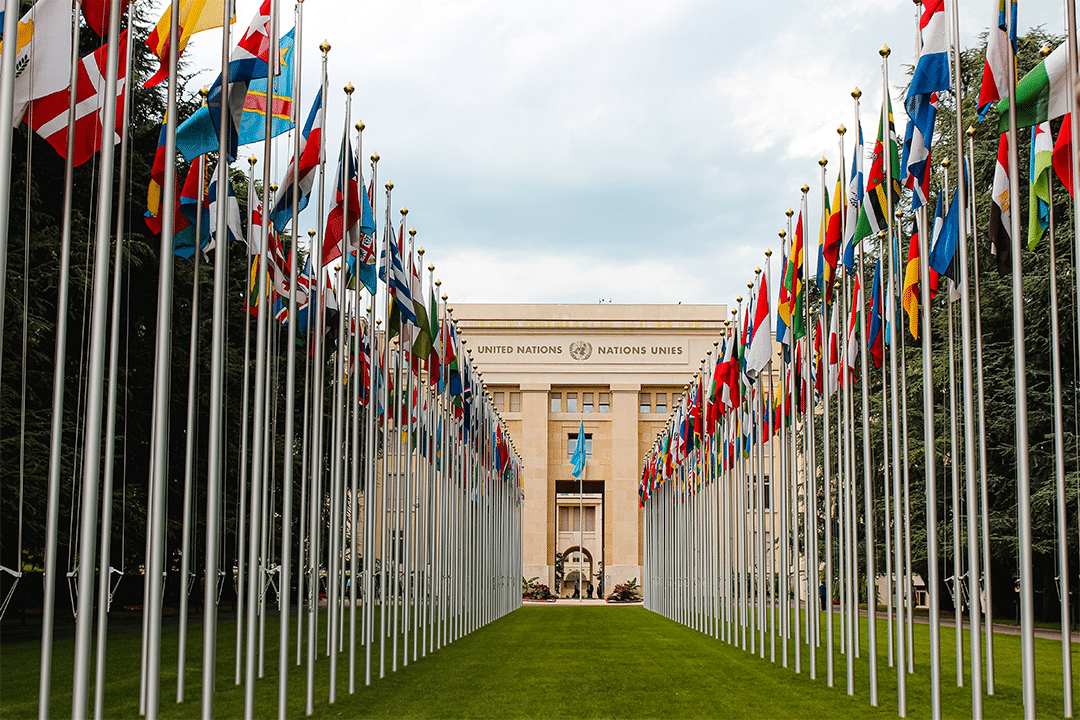 If there is one global issue that we have waited for change on, it’s cannabis legalization. Medical cannabis has appeared in the news for a long time because of how it may help people with anxiety, those with chronic pain, and even those with cancer. The vote at the United Nations on December 2, 2020, showed recognition for the medicinal value that cannabis has, and as it’s been used therapeutically for thousands of years, it’s about time!

The World Health Organization experts recommended that the UN’s Commission for Narcotic Drugs remove cannabis from the list of drugs that were said to have very little medicinal benefit. This campaign has been active for over 50 years, and while cannabis still remains a banned drug for anything except medical use under UN law, the vote is going to change things up. Schedule IV of the 1961 Convention on Narcotic Drugs shows that until now cannabis was not considered to be beneficial as a medicine. The vote to remove it and make it legal medically was narrowly won by 27 to 25 votes. In the list of countries who voted positively, the US and the UK were among them. Negative voters included China, Nigeria, Russia, and Pakistan.

Cannabis has been used as a therapeutic medicine for generations, and can – in fact – be traced back thousands of years. It was on lists of Chinese medicines in the 15th century, as well as being present in Egyptian and Grecian history. Cannabis has been used as a natural alternative to medicines for such a long time that it never made sense that it was classed as something that doesn’t help people. The evidence was enough to turn the vote, and this decision by the UN is going to increase access to cannabis-based medicines for those in need, which are growing in popularity. More research is needed to discover how cannabis may help people, and with this vote, more funding may now be driven into that research. Other countries who voted “no” for the change may then see the benefits, and this can encourage cannabis legalization for medical uses in those places, too.

When there is more research completed, the laws around recreational use could also be reconsidered. This will make a difference to the community of those who are seeking the help medical cannabis provides and are struggling to get around the red tape to get it safely. As it stands, there are more than fifty countries around the world that have put medicinal cannabis programs into place. On top of this, Canada, 15 U.S states, and even Uruguay have legalized cannabis for recreational use. We’re on the precipice of change with Luxembourg and Mexico almost voting for the same. These changes are historic, and it’s welcome for millions of people who rely on medicinal marijuana to get through the day.

Cannabis legalization is going to open doors for companies to see the benefits of medical marijuana and this will allow for more funding. We cannot hope to learn anything without the appropriate research, so the UN vote could change how many would be willing to fund that research.

The cannabis market is changing. People want to be able to rely on it for therapeutic and medicinal reasons, but the lack of research, support and funding is preventing people from finding relief. The executive director of the IDPC (International Drug Policy Consortium) Anna Fordham has said that the recognition of cannabis for medicinal purposes was “long overdue”, and its continued ban as a recreational drug is unnecessary. If medical professionals are willing to endorse cannabis for medical use and – in some cases – recreational use, then the law should change to reflect medical research and opinions.

Back in 1961, the original choice to ban cannabis came down to ignorance. The lack of research and knowledge about cannabis and its properties is reflective here, and the rights and traditions of communities that have used cannabis were stripped back. Colonial racism and prejudice have led to millions who grow and use cannabis being criminalized and incarcerated. Those caught with marijuana for personal recreational use have been jailed, which is a big indicator as to why prisons are massively overpopulated.

Finally, the medicinal needs of cannabis are being acknowledged. The work still continues with the cultural and religious reasons for using cannabis, as the non-medical use of cannabis is still in the top tier of restrictions, Schedule 1. This indicates that in the eyes of the law, using recreational cannabis is seen as the same type of infraction as using drugs like cocaine and fentanyl, which is misguided and warped. The progress is encouraging, but the system for drug classification is still broken and requires renewal and more research. The classification of cannabis was never made based on risks, but on prejudice. The world is changing, and the hope is that the UN vote for medical cannabis recognition and different countries legalizing marijuana is a step forward, though there is still a long way to go. We still need research, funding, and publicity to show that cannabis is not a dangerous drug and shouldn’t be classified in the same way cocaine is.

Speak to the experts today

At Thrive Nevada, we provide the very best in cannabis products. We offer both delivery and curbside pickups for your orders, and we are your unique source for marijuana products and accessories that will enhance your experience. We believe in the safe use of cannabis to help a wide variety of health challenges. We also believe that you deserve to relax and feel comfortable, which is the atmosphere we provide at Thrive Cannabis Marketplace dispensaries. Marijuana should be accessible to all for health reasons, along with other alternative medicines and it should not be viewed as dangerous.

At Thrive, we support the historic vote for cannabis legalization for medical use, and our experts can walk you through everything you need to know about products and accessories you can buy for the best possible experience. Check out what we have to offer today, and you’ll see where we are making a difference!

OPEN TO THE PUBLIC ONE DAY ONLY!

There will be no cannabis available at the open house, so that everyone can join us and learn about its natural healing properties. Medical Marijuana card holders will be given special return discount cards for our Friday the 13th opening.


Learn the truth about cannabis, how to get a medical card, master cultivators and more!

Thanks to our event supporters 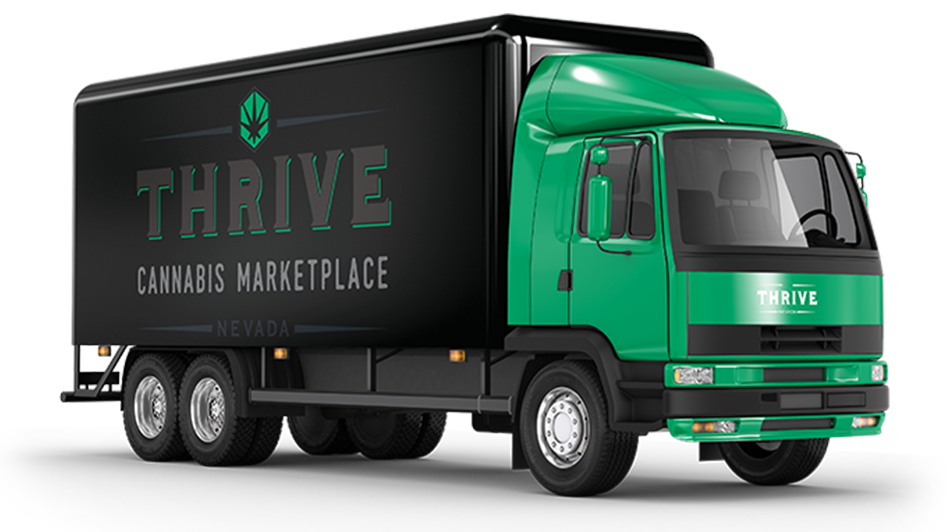 Nevada Cannabis distribution is Back! 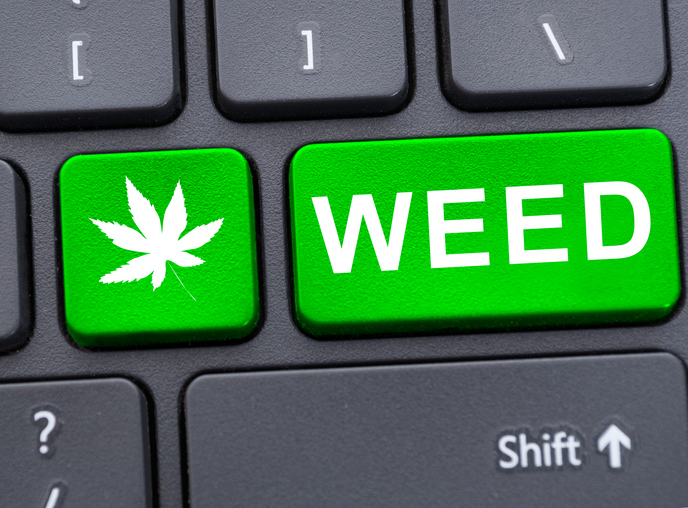