Named for its lemony flavor and overall citrus character, Lemon Skunk was the product of a cross-breeding of two different Skunk phenotypes that were known for their lemon flavor profiles. The end result was an unsurprisingly citrusy strain that’s easy to consume and produces a lot of beneficial effects. Containing on average 14.5 percent (and up to 22 percent THC), Lemon Skunk is a powerful treatment that doesn’t need a very large dose to yield tangible effects.

Lemon Skunk’s zesty characteristics don’t stop with the smell and flavor. Leafly rates its two top effects are “Happy” and “Uplifted,” and it’s well-regarded as a strain of cannabis that makes people feel more motivated and eager about getting things taken care of. As a result, it’s widely regarded as one of the best strains of medical marijuana for depression. Explore more of our popular products at Thrive Cannabis Marketplace.

It’s motivating and depression-treating properties make it stand out as an effective strain for stress release. By helping motivate and break through depressive, inactive periods, it can help medical cannabis users engage with and take care of the sources of their stress.

Lemon Skunk has been consistently well-received since we added it to the menu in our marijuana dispensary in North Las Vegas as well as our Downtown dispensary. Patients who need medical marijuana for depression or stress treatment benefit from its effects, and those who simply need or want access to a strain that boosts their energy or motivation appreciate its motivating effects. 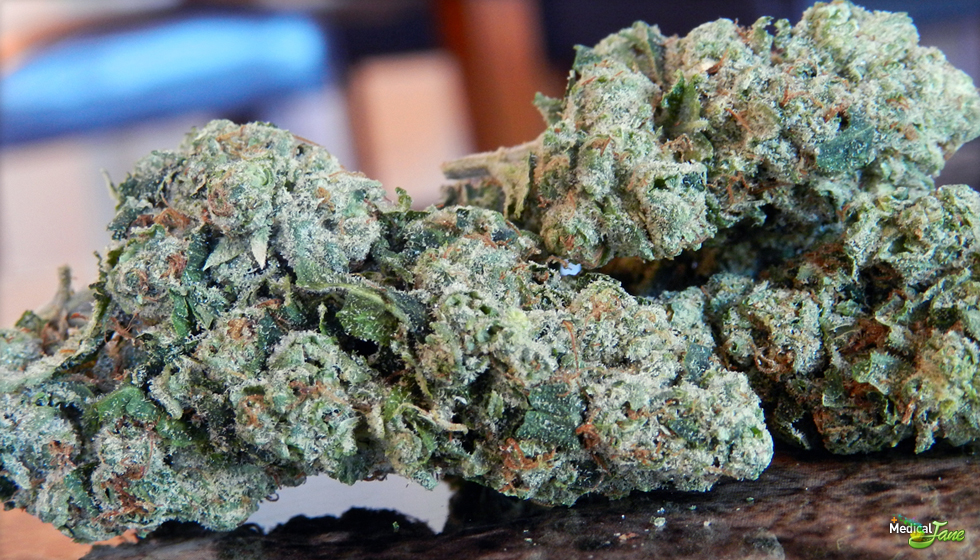 Northern Lights is probably the single most well-known indica strain in the world, and with good reason, we believe at Thrive Nevada. It grows well, produces high yields and its flowers have THC contents that range from 16 percent up to 21 percent, making it one of the most economical strains out there. While it probably originates from Washington state, these qualities made it popular among growers and soon it spread across the medical marijuana-consuming world.

A classic indica, it produces a happy, sleep-inducing effect that makes it one of the most effective strains of marijuana for stress on the market. It’s well known for not being overwhelming, either. In fact, Northern Lights has a reputation for being an incredibly relaxing indica strain. On top of relieving stress, Leafly rates it highly effective for relieving pain and managing depression.

Its three-pronged action – relaxing patients after use, making them feel happier and inducing sleepiness – make Northern Lights a good choice for people who need help sleeping. It’s also known for having a pleasantly earthy and piney flavor. Unsurprisingly, Northern Lights is one of the most popular marijuana strains on our menu and available at both our marijuana dispensary in North Las Vegas and Downtown dispensary.